The APG's key meetings are:

Further information about these key meetings is outlined below.

The APG also conducts a large amount of business between these two meetings in committees to examine specific issues of importance to the APG membership and make decisions.

3. Governance Committee: This committee manages a variety of issues of strategic importance to the membership including confidential membership issues, financial issues and the structure and functioning of the APG as an organisation. It meets at least five times per year.

4. Mutual Evaluations Committee: this committee manages the APG's mutual evaluation (ME) programme and considers draft ME reports and ME policy issues. This committee meets a minimum of five times per year.

For more information on these committees:

The purpose of Annual Meetings is to discuss the APG's strategic directions and work programme including:

Invitations to Annual Meetings may be extended to non-members to attend as guests of the Co-Chairs, however, sessions are usually limited to member and observer delegations only.

The Terms of Reference also state that to ensure a global approach to anti-money laundering and countering the financing of terrorism/proliferation, APG member delegations will work closely with the Financial Action Task Force (FATF). The FATF secretariat and a number of FATF member-delegations usually attend APG annual and typologies meetings.

Twenty-two annual meetings have been held since the APG's formation:

Summaries of those meetings can be found in the APG Annual Reports section of this website. 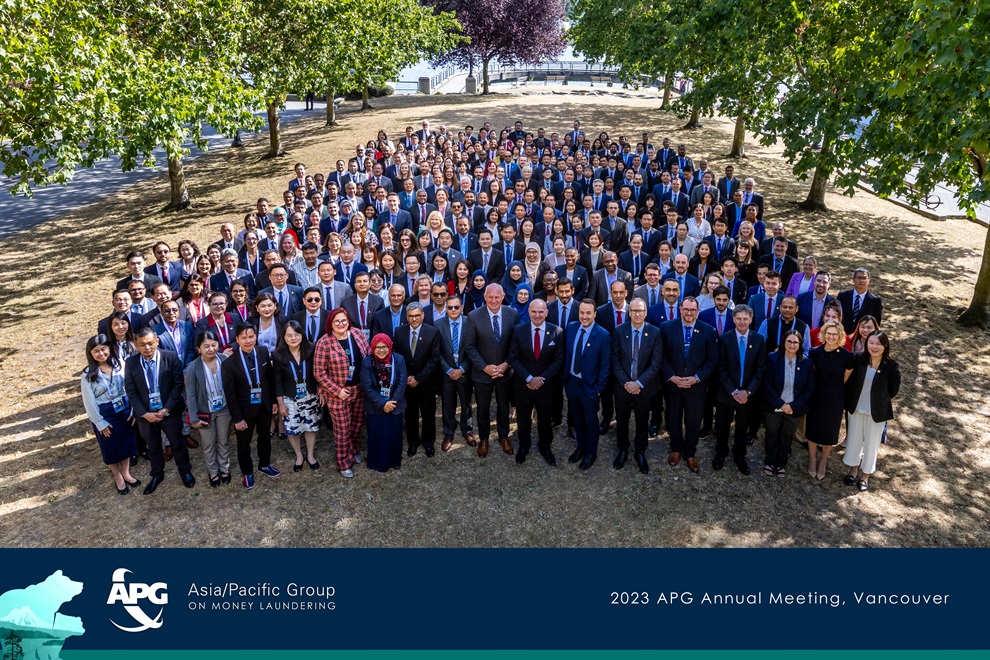 Delegates of the 22nd Annual Meeting of the APG, Canberra, Australia, August 2019

In order to effectively combat money laundering and terrorist financing, governments, law makers, officials and the private sector need to understand and keep pace with the various and evolving methods used to launder money and to finance terrorism.

Yearly typologies workshops are held by the APG to bring together experts and APG delegates to discuss money laundering and terrorist financing trends as well as policy issues emerging from those trends. These workshops generally have topical 'themes' to provide a focus for the discussion and have five main purposes - to:

Twenty-one typologies workshops have been held since the APG's formation in 1997 in the following locations:

Summary reports of these workshops may be downloaded under "Methods and Trends" (at the top of the screen). Also click on "Annual Reports" to the left of this screen for additional information on typologies workshops. 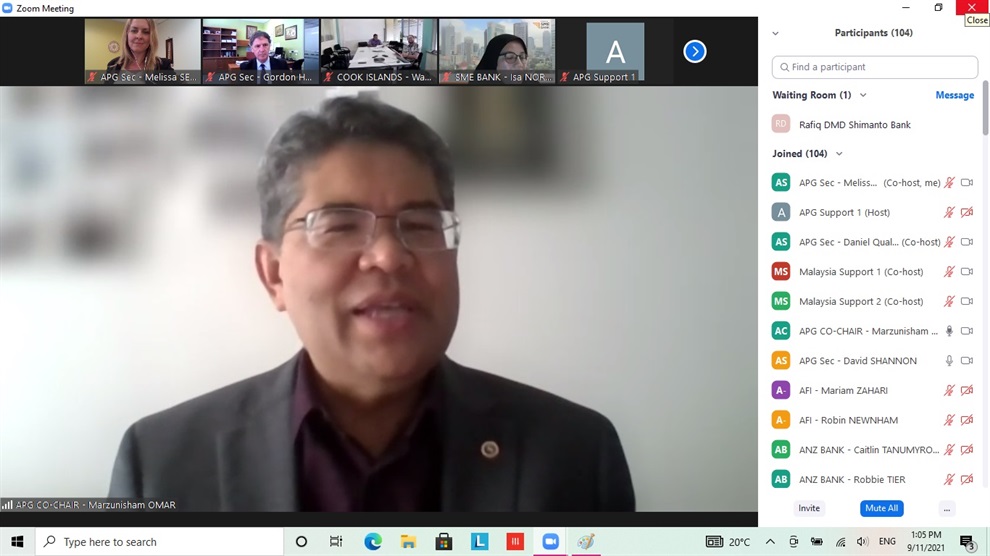