An APG team comprised of Razim Buksh, Director of Fiji’s Financial Intelligence Unit and the Pacific Islands representative on the APG Steering Group, ‘Aminiasi Kefu, Solicitor General of Tonga and Eliot Kennedy from the APG Secretariat met with Samoa’s Deputy Prime Minister (and acting Prime Minister), the Minister of Finance, Chairperson of the Standing Select Committee on Foreign Affairs, Trade and Revenue of Parliament, the Governor of the Central Bank, the Attorney General, the Commissioner of Police and other senior officials in Apia on 26 and 27 February 2014. The primary purpose of the meeting was to discuss the status of Samoa’s Counter-Terrorism Bill.

Samoa joined the APG in 2000 and was evaluated in 2001 and 2006. The report of the 2006 evaluation was adopted by the APG at its 2006 Annual Meeting and has been used as the basis of progress reporting by Samoan authorities since. While Samoa has made significant progress since its 2006 evaluation, passage of the Counter-Terrorism Bill is an important step to come into better compliance with the FATF standards.

During the visit, Samoan Ministers and officials gave a strong commitment to enact the Counter-Terrorism Bill as a matter of urgency. Samoa’s Parliament resumes sitting on 18 March 2014 and it is hoped that the Bill will be passed by the end of March.

On Friday 28 February, a separate workshop was held to assist Samoa with preparations for its third round APG mutual evaluation. The mutual evaluation team will visit Samoa in November 2014. 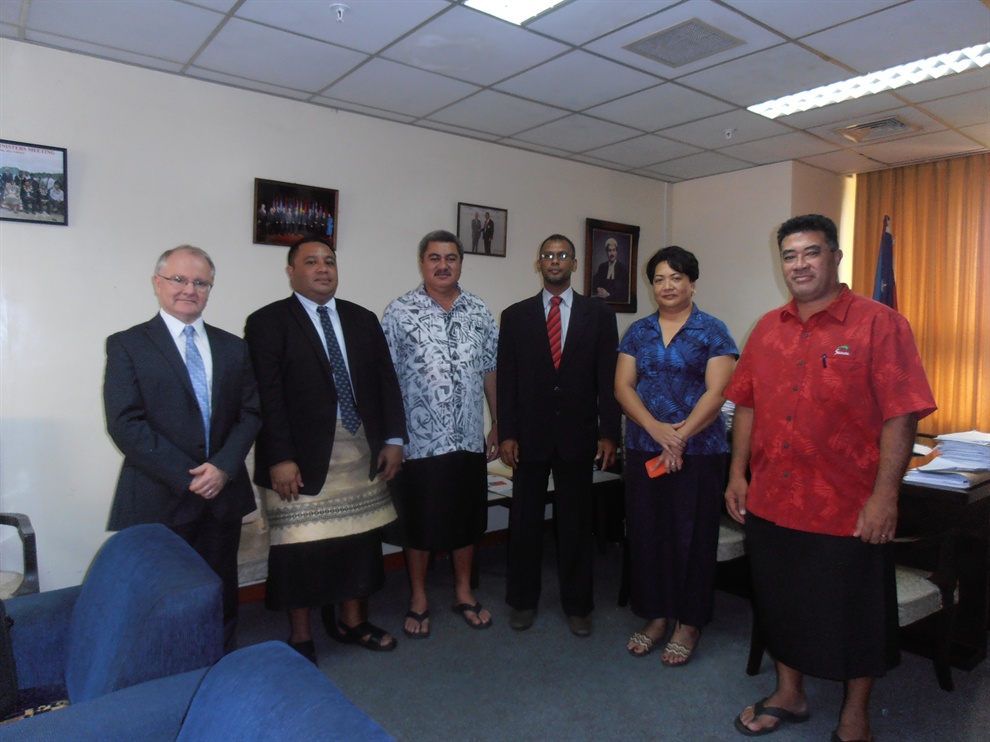