Outcomes of the 2022 APG Annual Meeting

The APG’s 2022 Annual Meeting was attended by over 400 international delegates, both in-person and virtually,  during the week of 24 July in Kuala Lumpur, Malaysia. Delegates discussed important issues affecting the region and the globe relating to serious financial crime, including money laundering and terrorist financing.

The meeting was co-chaired by Deputy Commissioner Ian McCartney and Deputy Governor Marzunisham Omar. Malaysia’s Minister of Finance, Senator Tengku Datuk Seri Utama Zafrul Tengku Abdul Aziz opened the meeting. The president of the Financial Action Task Force, Mr Raja Kumar of Singapore, also attended in his first official capacity as president and spoke about the strength of the global AML/CFT network and the important role of the APG in that network.

During the four-day meeting, the APG achieved a number of important outcomes including:

Also during the meeting, delegates were provided with outlines of some significant projects undertaken and emerging in the APG including:

This meeting was the first face-to-face APG annual meeting of delegates since 2019 and marked the 25th anniversary of the APG. The APG has grown from strength to strength since its establishment in 1997 and the outcomes achieved in this, its silver anniversary year, position the APG and the region to more effectively defeat efforts by criminals and terrorists to subvert the integrity of the international financial system.

This meeting marked the end of the co-chairing of the APG by Malaysia, represented by Deputy Governor Marzunisham Omar. Deputy Governor Omar chaired the APG over a period of time in which COVID-related travel restrictions had a direct impact on most APG jurisdictions. Despite those challenges, he was able to lead a number of important projects and achieve significant outcomes for the membership including enhancing DNFBP supervision; increasing expertise and use of data analytics by authorities; promoting best practices in public-private partnerships; and expanding typologies research.

Canada has now assumed the co-chairing role with Australia. Canada is represented by Associate Assistant Deputy Minister, Julien Brazeau, of Canada’s Department of Finance in Ottawa. Next year’s annual meeting will be held in Vancouver, British Columbia. 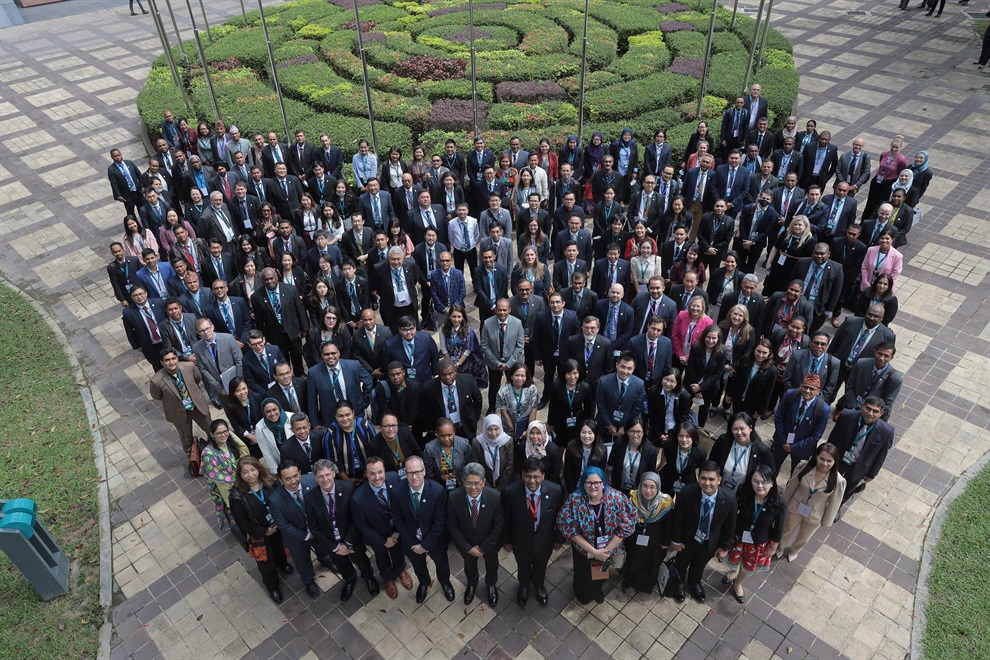 Delegates at the 2022 APG Annual Meeting in Kuala Lumpur, Malaysia